KLIAVS: Highlights of the show

Now that the KL International AV show is over, I can finally sieve through all the information, brochures and listening experiences to come up with my list of the memorable moments.

Many audiophiles have already compiled their lists of systems they liked and stuff that they were disappointed with in the discussion thread of hifi4sale.net.


Here is my list of memorable moments (in random order):

TAD (AV Designs)
I had heard the larger TAD Reference Ones at AV Designs' showroom weeks ago and I had expected them to be on demo at the KLIAV.
However, the smaller TAD CR1 did not disappoint. Though they were bookshelf speakers, they created sound that filled the huge room and many listeners were impressed and several even said that it was the best-sounding room. 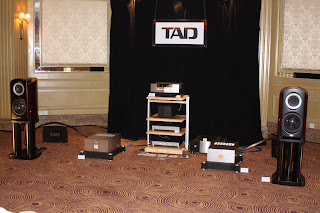 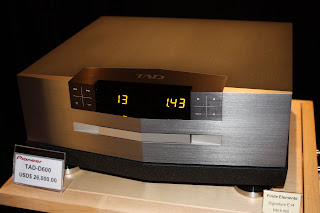 No doubt, the ancillary equipment helped - the TAD M600 monoblock power amps, the TAD D600 CD player and the Bryston BP26 pre and Torus power conditioner.
I was confused by the funny-shaped object which had two cables connected to the CD player above it. James explained that it was a power supply and the CD player was balanced all the way. It was the first time I had seen a CD player powered by two cables.
I was also surprised when James told me the power amp was Class D as they were quite big. Apparently, the TAD designers used some new power supply technology which I will have to check out in their website. But the sound was impressive. 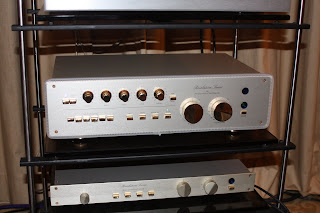 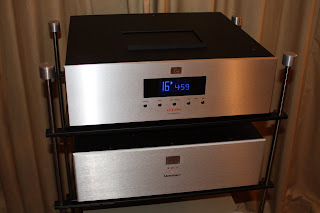 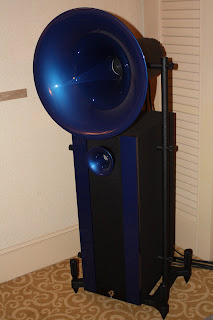 This was quite a controversial room with some liking the sound and some hating it. One audiophile said that after all the hype it was disappointing; another said it was too bright and splashy. On the other hand, those who loved it praised it for its organic 'suppleness', dynamics, bass and true-to-life presentation.
One must bear in mind that the Avantgardes are highly-revealing in the upper-mids and treble and lower-quality amplifiers will make them sound shrill and bright. The analogue-like Audio Note CD transport and DAC and the high-quality FM Acoustics pre/power amps made the system very listenable and enjoyable.
Also bear in the mind the room was small and the big horns of the Avantgarde were barely 15 ft away from the listener.
In my view, this system made music sound like music. And nobody can deny that it had the tendency to make the listener nod his head or tap his feet to the rhythm.

Jo Ki is well known as the LS3/5A sifu in Malaysia and he even has a method of placing the AB1 sub-woofer named after him.
Many people praised Jo Ki for making the LS3/5A sound like a large system with commendable bass. I spent much time in his room listening to how he tweaked his system. 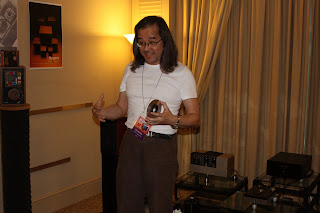 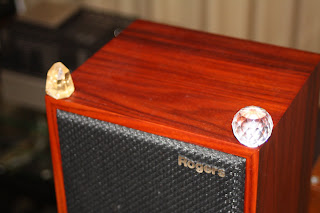 His system comprised his newly-bought FM Acoustics preamp, Quad II monoblocks and 47 Labs CD player. You may have noticed that he placed the LS3/5As on heavy, dead-sounding stands which were on thick slabs of granite and the AB1s were placed on marble slabs sandwiched with foam.


Those observant enough would have seen the cute little crystal objects on the speakers. If you ask Jo Ki privately, he would explain and even demonstrate how they work to expand the sound stage and extend the treble.


These are some of the secret methods that he used to coax the little BBC monitors to sing beautifully.


I was told many good things about this room, but when I went there on Saturday evening, the tube amps were switched off. The next day, I was told that the BAT Rex pre and VK150SE power amps had been sold and carted away. Creek amplifiers were used instead to drive the Epos flagship speakers Encore 50. 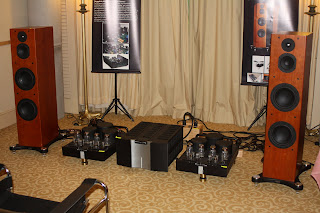 Even with the Creek amps, the speakers sounded good and the chief weakness of Epos speakers - their light bass - appeared to have been take care of. At around RM16,000 a pair, they are cheap considering they are flagship speakers.

When I heard the EgglestonWorks Andra III in Centre Circle's showroom in TTDI, they sounded too 'rock' for my liking.


With the Parasound JC1 and JC2 pre/power monoblocks, they sounded smooth, dynamic, tonally balanced and easy to listen to. There was a lot of room treatment foam around, so that must have helped. The Parasound amps were quite impressive and affordable. 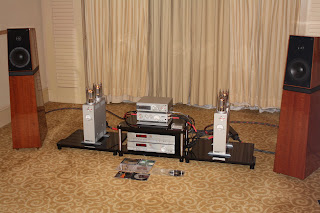 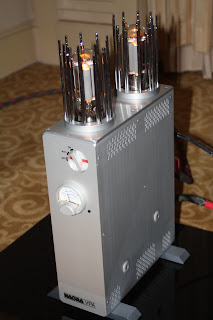 Many people have praised the sound in this room and I can see (hear?) why. The Nagra VPA monoblocks look imposing like some kind of futuristic towers and the Verity Audio Amadis speakers look elegant.

In terms of sound, they created a warmish but clear and pleasant sonic signature. It was an easy-to-like kind of sound and that's why so many people liked it.


Last year, a pair of German Physiks speakers made of carbon fibre was demoed. This year, a pair of HRS120 with wood veneer was on demo driven by Simaudio Moon Series components - CD5.3, P5.3 pre and W5.3 power amps. 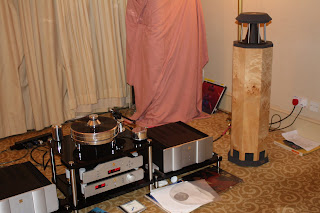 Several audiophiles were totally impressed by the sheer dynamics and excitement of these omni-directional speakers when percussion-based music was played.


I stood at a corner of the room just to find out if I could hear some form of soundstage - and I did. I felt the vocals did not sound as lean as they did with the carbon fibre model last year.


One of the few amps that can take on the mighty FM Acoustics, the Vitus, was on demo in this room which was well tuned.

I was surprised by the size of the Vitus phono stage - it is as big as the preamp - but it showed its mettle when the Euro Audio Team Forte S turntable with Audio Technica cartridge was played. 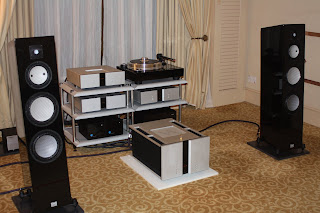 The slight richness of the Vitus complemented the slight leanness of the Marten Getz speakers and the resulting sound was quite enjoyable.

Revel/Mark Levinson (Flagship AV)
This was another controversial room with some liking it and others leaving feeling disappointed.
I had heard the previous generation of the Revels before driven by Theta Citadel monoblock amps and a BAT preamp and the system sounded wonderful. 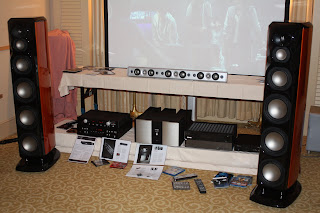 
But the new Revels look absolutely boring compared with the previous generation.


In this huge room, there were two high-end systems on demo. 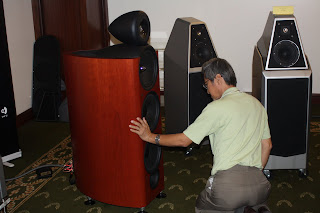 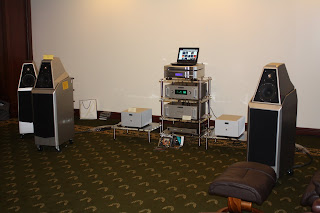 On the other end of the room facing the entrance were the Wilson Sashas driven by Goldmund Telos 250 monoblock amps, Audio Research Anniversary Reference pre and the dCS Puccini CD player with the dCS clock. A Reimyo voltage stabiliser was used in this system and the cabling for both systems was from Transparent audio.

Many felt the Wilson Sasha system sounded splashy and 'brightish'. Personally I preferred the KEF system which sounded rich and natural to me.
Email Post
Labels: kliav