Just like in previous shows, the current KL International AV Show has the usual budget and mid-priced components and the high-end gear that most visitors to the show cannot afford.
There was some good music at the show and among the outstanding systems are:
> The Gryphon Mirage pre and the Colosseum power amp matched with the Wilson Benesch ACT C60 (limited edition) with songs fed by a MacBook linked to a Weiss Minerva DAC. 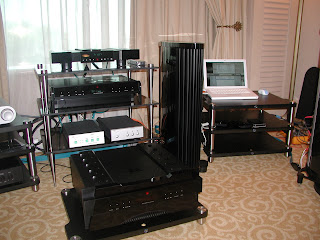 The tower-like component is not the speaker, but
the Gryphon Colosseum power amp.
> The McIntosh system comprising the MCD500 SACD/CD player, C500 pre and MC1.2 KW monoblocks and the XRT1K tower speakers. 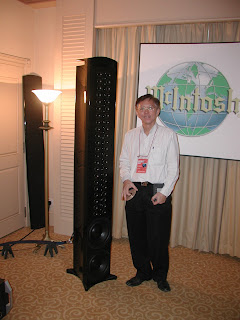 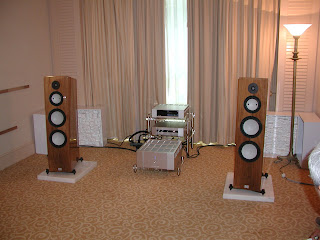 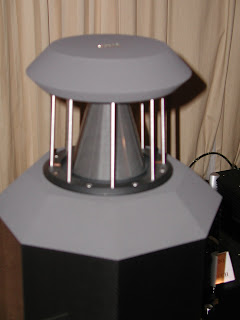 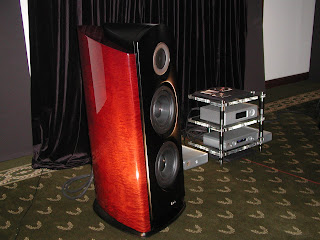