This year's edition of the KL International AV Show will feature 77 exhibitors, five more than last year.
To be held at JW Marriott Hotel, Kuala Lumpur, Malaysia on July 24-26, the show will feature lots of big names in the LCD television, home theatre and hi-fi industries.
According to Dick Tan of 3Dot Events Sdn Bhd, which is organising the annual event, Sony is back as an exhibitor after a four-year absence, Philips is back after being absent last year and well-known British brand Meridian is back as well. 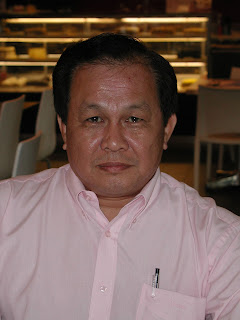 Hitachi, Toshiba and Panasonic will also exhibit their latest range of LCD TV sets and AV systems.
"Pioneer will be flying in engineers from the United Kingdom and Japan to set up the TAD range of speakers," Dick Tan said.
Philips will take the opportunity to launch a new-shape LCD TV based on the 2.35:1 ratio like the letterbox format without the horizontal bars at the top and bottom of the
screen.
AV fans can expect more affordable Blu-ray disc players, huge LCD and plasma TVs at very attractive prices. High-resolution home theatre projectors and home theatre receivers with HDMI version 1.3 inputs at entry-level prices will also be exhibited.
For pure audiophiles, the big boys will be represented including Krell, Bryston, McIntosh, ProAc, JM Labs, PMC, Creek, Epos, Wilson Benesch and Usher. A dealer called Swedish Statement will feature high-end Swedish beauties.
Anamorphic lens systems for projection machines will also be featured for the diehard AV fans.
Dick Tan said he expects around 15,000 people to turn up for the 16th edition of the AV show despite the recession.
"The economy is down but the show must go on. It is better for the show to go on as it would instil confidence among consumers. Some companies selling LCD TVs are reporting that business is picking up. That's a good sign," he said.