These days consumers are dazed and confused by the increasing number of LCD television manufacturers claiming to have the fastest refresh rates to stop motion blur so that you can see exactly how the ball was kicked by Steven Gerrard, the number of pieces of grass and mud that flew into the air and how the ball curved its way into the corner of the goalpost just past the fingers of the Man U goalkeeper - all in super clarity.
So what is the best advice to give consumers when they want to buy a new LCD TV? Sony, Toshiba and Samsung have 200Hz LCD TVs in the market while LG has upped the ante and gone to TruMotion 480Hz.

And LG claims their technology is different - "LG's full HD TruMotion 200Hz technology is different from other 200Hz technologies. Others use an interpolation system which creates 'new frames' between each true frame. These interpolated frames are the TV's best guess as to what should appear. In contrast, LG's TruMotion 200Hz employs a different approach involving frame insertions plus scanning backlight technologies. By flashing on and off, the backlight produces actual black frames between true and inserted frames therefore reducing motion blur, increasing sharpness and improving contrast levels in dark scenes."

Another website ww.ubergizmo.com said: "Right now, 120Hz TVs are just creeping in people's homes. The point of having more 'Hz' or 'Images per seconds' is to attempt to make the motion smoother, mainly by 'injecting' frames that are created by a video-processor. A movie is typically shot at 24 frames per second, even in the theater, you will notice that fast motion is not always smooth. A processor can analyze the original movie content and literally create new frames that will make the motion look smoother."
The best advice for the confused consumer comes from www.displaymate.com. DisplayMate Technologies Corporation, one of the leading makers of video calibration, evaluation, and diagnostic products, said: "LCDs have their own 800 pound gorilla: limited Response Time, which causes motion blur. Just like Plasmas, this was a significant problem for LCDs many years ago, and we’ll demonstrate that it too is no longer an issue now.
"But unlike Plasmas, the LCD manufacturers have turned this into a brilliant marketing strategy, offering ever more sophisticated and enhanced motion processing and ever higher 120 Hz and 240 Hz screen refresh rates to repeatedly over-sell a solution to a problem… that is no longer a problem.
"Consumers (especially the technically savvy) have become enthralled with the Response Time specifications and the various proprietary motion enhancement technologies offered by each manufacturer, which all spiral in a vicious cycle of one-upmanship.
"After extensive side-by-side objective testing with moving test patterns, moving photographs and live video we found that there was no visually detectable difference in motion blur performance for current mid to top-of-the-line LCD HDTVs, regardless of their Response Time, 60 or 120 Hz refresh rates, strobed LED backlighting, or motion enhancement processing.
"While there was considerable motion blur in the moving test patterns, motion blur was simply not visually detectable in real live video content during our extensive side-by-side testing. With only a handful of minor exceptions, whenever blur was seen in live video we always found it to be in the source content or a temporary visual illusion that disappeared when the segments in question were reviewed. This is undoubtedly due to the way the brain processes and extracts essential information from dynamic and complex moving images. 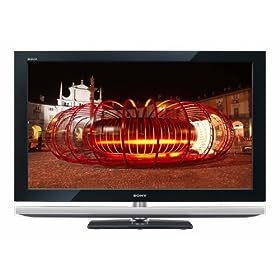 "These results and conclusions will surprise many technically savvy consumers and videophiles because there has been so much talk about Response Time and motion blur.
"Like Plasma 'burn-in' some of this is just old information and memories. A lot of the current knowledge base on this topic are simply the echoes from all of the marketing brouhaha. It’s also very easy to think that you see blur when you’re looking at lots of fast action on a single TV, and a lot of it undoubtedly has its origins in the human visual system. It just doesn’t stand up to extensive scientific side-by-side testing.
"Our most important and significant result is that the LCD manufacturers have finally beaten the motion blur problem. So it's time for both consumers and manufacturers to forget about this tamed 800 pound Response Time gorilla and focus on much more productive and fascinating display technology and marketing issues, such as the upcoming generations of 3D displays.
"As a result our bottom line recommendations are… If you stick with the mid to top tier models from the reputable brands, you should ignore Response Time specifications, not worry about LCD motion blur, and don’t spend extra for 120 Hz or higher refresh rates, strobed LED backlighting, or advanced motion blur processing."
For the comprehensive tests, DisplayMate used three flagship top-of-the line LCD models from Samsung (LN-T5281F), Sharp (LC-52D92U) and Sony (KDL-52XBR4). The consumer mid-line models included LG (42LG50), Samsung (LN40A550P3F), and Sony (KDL-40V3000). The remaining two LCD units were consumer HDTVs but not commercially available models.
The methodology employed and the complete test results can be read at http://www.displaymate.com/LCD_Response_Time_ShootOut.htm
Email Post
Labels: 200hz lcd tv lg motion blur refresh rate samsung sony toshiba