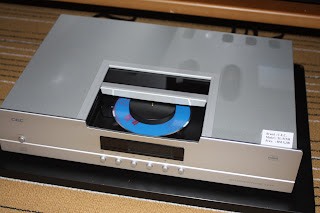 When I read in the hifi-unlimited blog that CEC is now distributed by Music by Design at Jaya One, Petaling Jaya, I quickly made an appolintment to visit the outlet.

This is because I am a CEC user - my CD player is a CEC 3300 which is mostly used as a transport. Of course, the belt-driven CEC would work better as a transport, but - as usual - lack of funds was a major factor that influenced the decision to buy it.

The other factor was the fabulous headphone jack that the 3300 has which the belt-driven TL-51XR lacks.

CEC uses the so-called LEF (Load-Effect Free) Class A amp modules for almost all its amplification needs from the analogue outputs to the headphone jack to its standalone amplifiers. 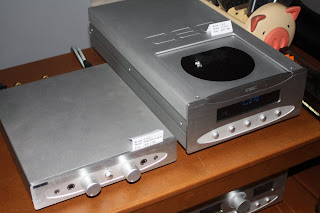 The headphone amp (left) and the TL-53Z CD player.

At Music by Design, AV consultant Simon Choy showed me around. On display are the CEC TL-51XR belt-driven CD player which retails at RM5,200, and the TL-53Z CD player, also belt-driven, which is priced at RM7,300. This shoe box-sized CD player, which reminded me a lot of Cyrus components, has a matching integrated amp - the AMP-53 which pumps out 120 watts per channel of pure Class A power. This retails at RM6,800.

Also available is the HR 53R Version 8 headphone amplifier priced at RM2,200. Simon said they will be bringing in the DAC soon. 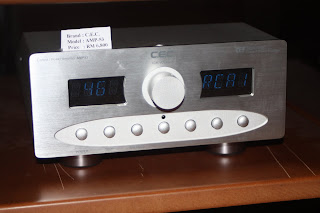 I sat down for a quick session with a system comprising the CEC TL-53Z CD player and the AMP-53 integrated amplifier feeding a pair of Vienna Acoustics Beethoven Concert Grand floorstanders.

I was rather surprised by the dynamism of the sound - the bass had punch and bite and went down quite deep, the music was taut, transparent and quite musical. It was a quality I had not expected a pure class A amp to deliver - most manufacturers would use class A for the first few watts and then switch to class AB for that extra oomph when needed.

According to Simon,the AMP-53 works well with sensitive speakers - the Beethoven Concert Grand is rated at 91dB.

I didn't have time for a longer listening session and made arrangements with Simon for home auditions of some of the components.