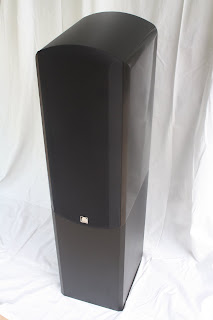 When I covered the launch of SVS sub-woofers and Home Theatre components last year (http://hi-fi-avenue.blogspot.com/2009/10/new-kid-in-town.html) I noticed a pair of handsome floorstanders which I found out later were the SVS MTS-01.


They looked really good with black glossy side panels and matt black sides with a rounded top. They could be used as front speakers for a HT system and also for two-channel serious listening.


I thought it was strange that SVS, which started out making sub-woofers, would venture into the stereo hi-fi market since most sub-woofer manufacturers specialise in making those boxes that pump out sound that can make window panes vibrate.


I felt it would be a good idea to have a listen to the SVS floorstanders since the president of SVS, Ronald Stimpson, started off as a DIY speaker builder. I had a feeling that the MTS-01 would be a refinement of some DIY project.


That it used off-the-shelf speaker units like two 7" Peerless woofers and the famed Scanspeak Aircirc tweeter suggested its DIY heritage as many of the DIY or speaker kits available on the Internet use such easily-available components. Just have a look at www.zalytron.com. 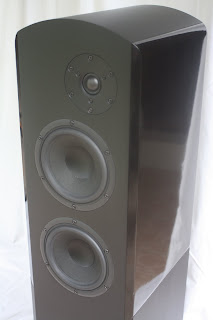 Two 7" Peerless woofers and a
Scanspeak Aircirc tweeter are used.

This is not to look down on the SVS MTS-01 - indeed the SVS sub-woofers began as DIY projects and ended up being critically-acclaimed and commercially-successful products. I was pretty sure the designers in SVS could accomplish a similar feat with floorstanders for stereo purposes.


And the SVS boys went all out to make a statement that they were serious speaker designers - the grille is magnetic and the magnets are hidden beneath the veneer reminiscent of the classy and very expensive PMC Fact 8 that was launched in Malaysia last year; the bi-wireable binding posts are gold-plated; and even the spikes are plated with gold. 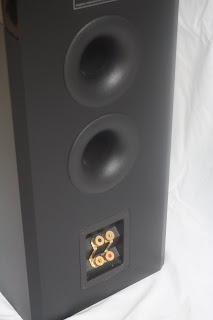 There is a switch at the back near the binding posts to attenuate the treble by -3dB. At the rear are also two ports with foam bungs to tune the bass.


The MTS-01 are a 2 1/2 way design and its frequency response is rated at 38Hz to 27kHz. There is some confusion over its sensitivity as the sheetlet in the box said it was 86.5dB but at the back of the speaker, it was rated at 91dB. Judging by how little I turned the volume knob, the 91dB figure is correct.


Also included in the box are four rubber footers, a frequency response test sheet and a CD containing the subwoofer and speaker manuals.


Being large speakers, they needed space and placing them about three feet from the rear wall should be alright, depending on the room dimensions, of course.


Overall, the MTS-01s, which are priced at RM7,999, sounded quite bright  - this was confirmed by the frequency response test sheet which showed a rise from around 2kHz to 10kHz peaking at 4.5kHz. Switching on the treble attenuater switch made the sound somewhat dull, but this is room dependent. Perhaps SVS should have offered a choice of minus 1.5dB or 3dB.


They were also forward sounding, with a slightly narrow horizontal soundstage reaching to just around the outer edges of the speakers. Soundstage depth was also rather shallow with the images pushed forward.


They showed an energetic character that was well suited for rock. In that sense, they were typical American speakers, but somehow they sounded acceptable when classical music was played.


Though they are meant for the HT market, they are surprisingly good enough for two-channel listening - if you don't mind the bright tonal balance and the rock 'n' roll 'attitude'.


They are worth an audition, but you have to drive all the way to Seremban though. But when you are at Maxx AV showroom, you might as well check out the SVS AV systems on demo and tuck into the beef noodles that Seremban is famous for.