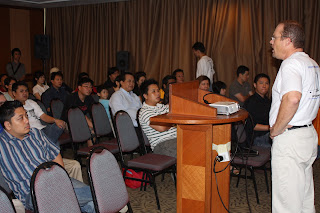 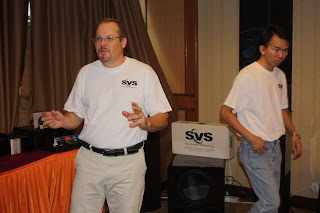 SVS president Ronald Stimpson (left)
and Max Loh, owner of Maxx Audio Visual
For Max Loh it was a case of him being a customer who liked a product so much that he became a dealer for it.
Max, who runs a shop selling electrical goods in Seremban, had been posting in a local online forum www.lowyat.net when someone informed him that the best sub-woofer he had ever heard was the SVS. The forumer had sold his Velodyne to buy the SVS PC13 Ultra which prompted Max to order one online and he totally agreed with the forumer.
He was so impressed that he e-mailed SVS asking to be its dealer in Malaysia, which started a chain of events that culminated with Max hosting about 50 audiophiles in a Petaling Jaya hotel on Saturday (Oct 3) to launch the SVS range of sub-woofers, home theatre speaker sets and a sub-woofer equaliser, making him the latest hi-fi dealer in town.
SVS, a maverick American speaker company based in Ohio that made its name with an impressive range of sub-woofers, has a short but interesting story.
It began with Ronald Stimpson, a Major in the US Army who is also a hi-fi enthusiast and competent DIYer.
Since he could not afford expensive speakers, he made his own.
In the late 1990s, Dolby 5.1 was getting popular and he felt that the sub-woofers in the market had little impact.
"I wanted a powerful sub but could not afford the Sunfire, so I set out to build one," he said.
Through the Net he met Tom Vodhanel who was good in maths and could work out all the equations like the Thiele Small parameters, port tuning and cabinet size.
The two of them became partners and from being hobbyists, they moved into business in 1999.
They made a passive sub-woofer based on a cylinder and sold it on the Net.
"We thought we could sell 2-3 a day; it became 5-10 a day," he said.
Things started working out and two other partners were roped in - one with the deep pockets and other with financial managerial skills.
"We were the first Net-based direct-to-buyer company," Ronald said. As business grew, the range of products grew too. 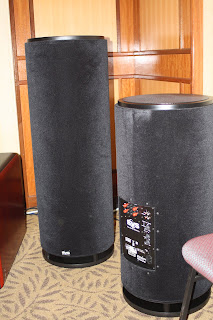 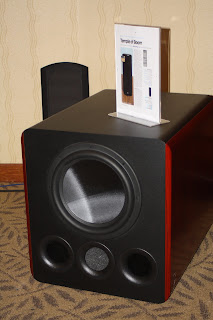 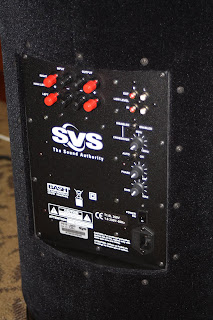 The plate amp
The powered cylinder sub-woofer was marketed in 2001 to critical acclaim and the box sub-woofer was launched the following year. In 2006, SVS made a paradigm shift in the business strategy and moved away from making only sub-woofers and introduced the S-series speakers for home theatre and stereo listening. 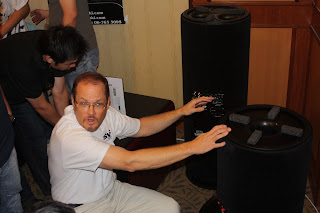 SVS president Ronald Stimpson
explaining how to tune the sub-woofers
At the product launch, Max played scenes from movies like Transformers and The Hulk, and a music video by Blue Man Group.
The sound quality was quite smooth and the bass was not overpowering. The tonal balance was quite pleasant thanks to the component that got a lot of the audiophiles excited - the sub-woofer equaliser which SVS developed with technology from Audyssey Labs which is also licensed by Onkyo, Marantz and Denon. 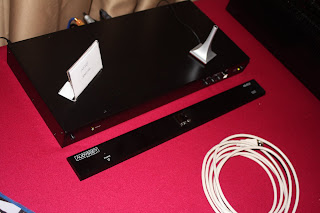