Love indeed is the answer 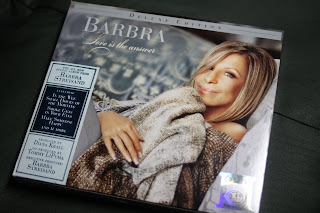 Most audiophiles would have heard of Diana Krall - after all her well-recorded 'light and jazzy' CDs are just right for testing for vocals, separation and soundstage, and late-night listening with  only the glow of the tubes lighting things up. In fact I wouldn't be surprised if all audiophiles have at least one Diana Krall CD in their collection.
Just the other day, I was at Amcorp Mall, PJ, and I popped into Victoria Music just to have a look with no intention at all to buy anything.
Suddenly I saw a Barbra Streisand CD titled Love Is The Answer. That seemed interesting since it has been quite some time since Barbra had cut an album.
What made it even more interesting was when I read the sticker on the cover which stated that the producer of the album was Diana Krall. My first thought was: "Diana Krall produced this?"
I just had to listen to it. After hearing a few tracks, I just had to buy it.
What happened was that some years ago, Barbra had attended Diana's concert in Monterey and they met and discussed Barbra's next album. In 2006, Diana attended Barbra's concert in Madison Square Garden and during the post-concert party in Barbra's suite, they discussed songs for the album.
One thing led to another and Diana ended up producing Love Is The Answer, which I believe has the potential to be another audiophile must-have just like Norah Jones' debut album. Diana also plays solo piano on some of the tracks. 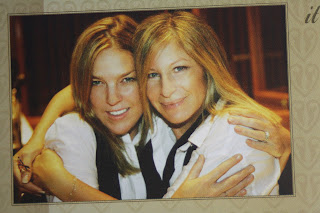 
It is well produced with quite clear recordings and Barbra's voice is in fine form. Singing slow, jazzy ballads, Barbra shows why she is one of the best singers in the world who does not need auto-tuning to fix things.
You actually get two CDs for the price of one - one features only the quartet backing her while the other has orchestration subtly slipped in. My preference is the CD featuring only the quartet as it showcases Barbra's voice in its full beauty.
Barbra's rendition of In The Small Wee Hours Of The Morning is fabulous, but I prefer Frank Sinatra's version. But Barbra's versions of If You Go Away and Smoke Gets In Your Eyes are extremely moving and are some of the most emotionally-charged songs I have ever heard.
During this Christmas season, in the small wee hours of the morning, I have been listening to Love Is The Answer and have been uplifted by it.
Email Post