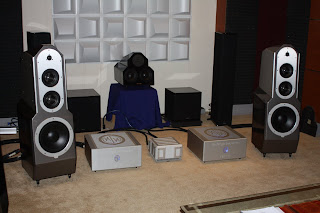 
Commenting on the Eggleston Works Andra III floorstanders has been rather difficult and has taken a lot of time simply because I found it hard to form an opinion.


When hifi-unlimited blogged that the Eggleston speakers had arrived, I was very eager to hear them because in some American forums, a few audiophiles had said the Eggleston Andra III had outperformed the Magico V3, which is in the same price range.

I had just listened to the Magico V2 then and was most impressed by them. So if any speakers could outperform the V3, the elder sibling of the V2, I just had to listen to them. I waited a few days for the Egglestons to burn in before making the trip to Centre Circle Audio in Taman Tun Dr Ismail, Kuala Lumpur, late last month.


I was armed with three CDs, the xrcd version of Dire Straits' Brothers In Arms, Eva Cassidy's Time After Time and A Tribute To Jack Johnson by Miles Davis.


After listening for a couple of hours, I initially formed the opinion that they were rock speakers - they sure could play rock and roll.


A hi-fi dealer, who is known for being opinionated, told me later all the Egglestons that he had heard had reminded him of Cerwin Vegas. That really jolted me and suddenly I was not sure if my initial opinion was right. I mean, how could anyone compare speakers said  to be better than Magico V3s with Cerwin Vegas?


Another audiophile told me that perhaps the Eggleston Andra III had not been broken in yet. This made me even more unsure of my opinion.


But after listening to two super high-end and very refined speakers - the Dynaudio Consequence Ultimate Edition and the ProAc Carbon Pro 8 - which were also being burnt in when I heard them, I concluded that my initial view was correct.


I had also wanted to compare the bass of the Dynaudio Consequence Ultimate Edition with that of the Eggleston Andra 3 because both models used the same type of loading - isobaric. And both went below 20Hz.


After listening to the highly-civilised and classy sound of the Dynaudio and ProAc, it quickly dawned on me that the Eggleston's bass went deeper and had more grunt. The Andra IIIs seemed like a rottweiler on a leash and they appeared ever ready to burst out to be free to play rock 'n' roll with all the thundering deep bass, wild drumming and sizzling guitar solos.


To digress a bit, back in the old days there were two 'schools of sound' in the United States. There was the so-called West Coast sound that was championed by JBL, Altec Lansing (when they were still making speakers for home sets) and Klipschorn. Those speakers could really rock. In fact till today I maintain that hard rock songs sound best when played with JBLs.


Across the continent was the so-called East Coast Sound (or Polite Boston Sound) exemplified by AR (Acoustic Research, not Audio Research) and KLH.


The Eggleston Works Andra III is definitely a product in the West Coast Sound tradition. 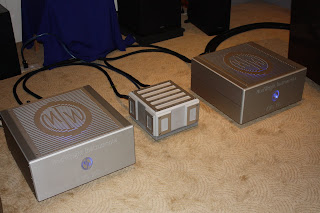 
At Centre Circle, the Egglestons were driven by a pair of bridged Modwright KWA150 power amps, the Modwright LS36.5 tube pre and the Esoteric X-03 CD player.


The Eggleston Andra 3 benefits from carbon fibre technology - it uses two carbon fibre midrange drivers sourced from Morel. Its 1-inch dome tweeter is also from Morel. Pumping out the bass are two 12-inch woofers which are isobaric loaded and goes down to 18Hz. While the shape of the speaker has not changed, the finishing has improved tremendously. 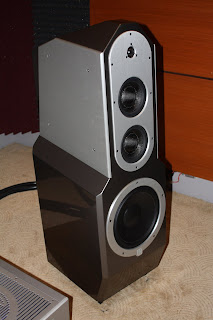 The shape has not changed. 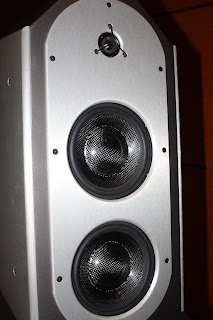 
While the sound was impressive, after a while I realised that it was rather bassy and often the bass was a bit too strong for my liking. This was great for rock songs like those by Dire Straits, but when I played Eva Cassidy, the bass notes of her guitar overshadowed the higher notes.


With the Miles Davis CD, I heard details on the bass guitar that I had seldom heard before, and the drum and bass chugged along with such gusto that my feet were tapping with the beat.


I realised then that they were rock speakers and I decided to try out some classical music. Using one of Centre Circle's demo CDs, I confirmed that the Eggleston Andra III were just too energetic for classical.


They were fantastic for rock songs - in fact I would rate them as one of the best speakers around for rockers. But they lacked the finesse for classical music.


Are they better than the Magico V3s?


Since I have heard only the Magico V2s, I can only compare the Andra IIIs with the entry-level Magico speakers. The Magico V2s have a bigger soundstage, but the Eggleston Andra III's bass goes lower and has more grunt. The Magico is more of an all-rounder while the Eggleston is particularly well suited for rock and roll.


Blessed new year to all and thanks for your support.