Not only was it the official opening of CMY's seventh outlet, but it also marked the launch of music producer Leslie Loh's jz8 album. 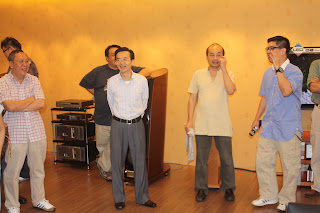 The artistes featured in jz8 - jazz pianist Tay Cher Siang and vocalist Lydia Chew - graced the event and to make it even more special Lydia sang one song.


Tay, 32, who studied music at West Virginia University, has been very active in the Malaysian music scene and has played at No Black Tie and Alexis, the top jazz joints in Kuala Lumpur.


"The jz8 album features 12 Mandarin and Cantonese pop songs which have been jazzed up.


"Most of them feature Lydia singing and me playing piano while five of them have bass and drums added on.


"Some of the tracks were recorded live," Tay said. 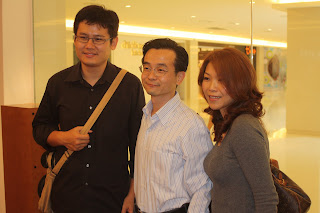 In his free time, Tay leads two bands - WVC Trio in Malaysia (which has recorded two CDs) and Unit Asia (which has one CD and another on the way) in Japan.


The WVC Trio has held concerts in Malaysia, Singapore and China while Unit Asia has played in Kuala Lumpur and Japan, and later this year will perform in India and Middle East. 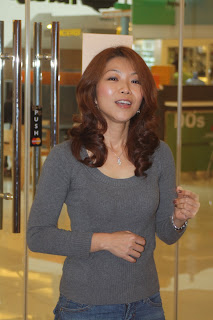 Lydia Chew singing a song during the event.


"This is my first time singing lead," she said, referring to jv8.


Both of them have tight schedules - soon after the launch Lydia flew to Hong Kong while Tay went to Tokyo.