There were at least two components that I saw which I thought were odd.
One was the Elipson BS50 Tribute speakers which were not only spheres, but had something that looked like a radar dish or a wok which acted as a sound reflector. 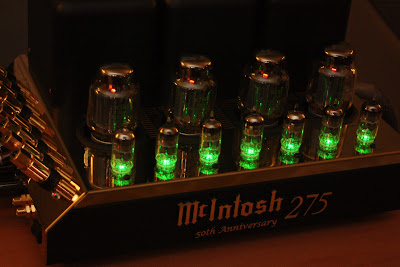 The other odd thing that I spotted was a valve amp with the valves glowing in green light. It turned out to be a McIntosh MC275 LE 50th Anniversary and it apparently has LED lights beneath the valves to light them up in green. However, it is not cheap to be a greenie in this instance - the amp costs RM32,200.
Email Post