Just the other day someone asked me how he could enter the world of Computer Audio Systems (CAS) with an old laptop and little knowledge about such set-ups.


From the outset, I must state that I am not an expert in CAS as there are many audiophiles who have ventured further than I have into CAS and have uncovered mysterious things which cannot be explained - at least by me. For example, these audiophiles told me that CDs ripped with dBpoweramp and Exact Audio Copy (EAC) do not sound the same. But why should bit-perfect rips sound different? I don’t know, but I must add that I have not checked it out for myself.


However, for the benefit of all those who are keen to enter the exciting world of CAS, I shall try to give a few pointers.


Let's put it this way - if you have the cash, get a good digital music player like the Bryston BDP-1. That way you don’t have to worry about which Operating System (OS) and music player to use.


Should the audiophile buy a laptop solely for playing music? That’s the ideal thing to do, but most of us would use the ‘office’ laptop for playing music. And there’s nothing wrong with that.


I don't think there's a clear winner as far as music streaming and sound quality are concerned. Both Mac OS and Windows OS can sound good with the right software and add-ons, but iTunes works better with Mac OS.


There's also Linux OS, but I'm not familiar with it. 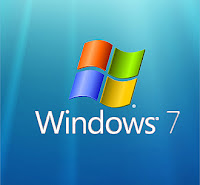 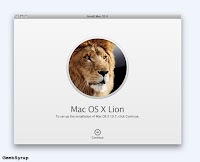 However, if money is not an issue and if you want the best of both worlds, I would recommend that you buy a Mac Book Pro or a Mac Mini as these have USB plus Firewire ports.


Most external DACs these days have USB ports except for Weiss which uses Firewire (Weiss has other ports, but the Firewire port offers the best performance). Thus to ensure that you need not worry about the music source in case you decide to buy a Weiss DAC any time in the future, get a laptop with a Firewire port.

Also, the Mac Book Pro and Mac Mini will allow you to have the best of both OSes too - the Mac OS and Windows OS can be installed in the same computer via Boot Camp. But there are certain criteria to be met.

Installing 64-bit Windows requires other criteria to be met. Go to http://support.apple.com/ to find out more.


Which music player to use?

For Mac users: iTunes is bundled with the Mac OS. By itself it is a decent music player, but audiophiles have reported excellent results with add-ons like Amarra (http://www.sonicstudio.com/amarra/amarrasupport.html) and Pure Music (http://www.channld.com/puremusic/). Some prefer other music players like Songbird (http://getsongbird.com/ ), Clementine (http://www.clementine-player.org/about), Fidelia (http://www.audiofile-engineering.com/fidelia/), VLC (http://www.videolan.org/vlc/#download) and Vox (http://www.macupdate.com/app/mac/24852/vox).


For Windows users: There is a Windows version of iTunes, but it sounds bad. Please use other music players like Foobar (http://www.foobar2000.org/download), Winamp (http://www.winamp.com/), MediaMonkey (http://www.mediamonkey.com/) and J. River (http://www.jriver.com/). VLC, Songbird and Clementine also have versions for the Windows platform.


Currently, I think J River V.16 is the best-sounding music player for Windows. Some prefer Foobar and good comments have been made about Audacity (http://audacity.sourceforge.net/) which also offers vinyl ripping. Audacity can also be installed in Mac and Linux-based computers. I used to like MediaMonkey till I heard the latest version of J. River.


Some music players are free, some offer free trial periods and others you have to pay.


Bear in mind that the list of music players is not complete - there are more out there.


If you are starting from scratch, go for the most powerful laptop with the fastest processor, largest RAM and biggest internal memory. If you can afford it, go for solid-state memory as, according to the experts, it provides for a smoother sound.


I upgraded my six-year-old Toshiba laptop by increasing the RAM from 1GB to 2.5GB (the max for the type of RAM drive used) and the internal memory from 80GB to 500GB. Hi-res songs in WAV format and 24/192 files are huge and just a few album downloads will result in small-capacity internal memory being filled up very quickly.


I also upgraded the OS from Windows XP to Windows 7 64-bit. Again for reasons unknown to me, 64-bit Windows results in better sound quality compared with 32-bit Windows.


Of all the recent Windows OSes, Vista is the worst sounding - that’s what the experts told me. If your laptop uses Windows Vista, get it upgraded.


iTunes can also be used to rip files. In theory, all ripped bit-perfect files should sound similar, but the experts have told me otherwise.


What format to use?


The most common formats are MP3, FLAC, WAV, AIFF and Apple Lossless (the last two for Mac platform).


Thus to be on the safe side, use WAV for hi-res files because it can be played on both Mac and Windows platforms.


FLAC is a compressed lossless file and the file size is much smaller. This format should be used for downloads as the smaller file size results in shorter download time.


If necessary, a file converter can be used to convert FLAC to WAV format.

WAV is a lossless uncompressed file and the file size is huge, but then again memory space is cheap these days. You can get a 1TB hard disk for a couple of hundred ringgit.


MP3 is a lossy file with a lot of data thrown out and the sound quality is not so good. It is good enough for MP3 players, handphones and iPods, but not for the serious CAS audiophile.


Thus when you rip a CD, it’s always better to rip to a WAV file which can be used as the master copy that can then be downsized to an MP3 file for your iPod.


Which DAC to buy?


I am of the view that the latest generation of USB DACs which accept 24/192 sound very good and if you are starting from scratch, you might as well check out the latest DACs available in the market.


LIke computers, DAC designs advance very quickly. Some DACs are already offering 32bit 384 KHz sampling capabilities even though there is no 32/384 music file commercially available.


My advice would be to stick to 24/192 USB DACs as even DAC technology at this level of resolution has yet to mature. And music websites like HDtracks are starting to roll out great albums from the past in hi-res files up to 24/192.

Though the USB connector is not designed for and is not ideal for music streaming, chances are that the CAS audiophile will end up using USB simply because all new laptops have USB ports.

And to cater to demand, manufacturers of DACs included the USB input but have put in much effort to make the USB port good enough for music streaming.

There are at least three generations of USB DACs - so buyers have to beware.

A couple of years ago, some DACs were marketed as USB-capable, but nothing in the brochure or website revealed that the USB could accept only 16/48.


So you will have to do some detective work before buying a DAC. Google around and search for comments in forums or read reviews.


Whenever you come across a DAC that has 16/48-capable USB, it is likely to be using the Burr-Brown PCM2704 USB chip.


Manufacturers use this chip because it is cheap, it does not require a driver and there is no licensing fee to pay for higher-res capability.


In some cases, manufacturers launched CD players with USB input, loudly proclaiming that its DAC was 24/192, but consumers were misled to believe that the USB input was connected to the 24/192 DAC when in fact the USB was connected to a 16/48 DAC chip.


That was why many audiophiles complained that their CD player sounded better playing CDs rather than when streaming music files from a laptop via its USB port.


I have read of a CD player with USB input which used a USB DAC chip meant for car audio. Of course, there’s no mention of that in the brochure or website.


The next step up is the 24/96 capable USB DAC. Most of the higher-end DACs released a few years ago are in this category. Even the much-praised Ayre QB-9 (first generation) and Benchmark DACs are 24/96 capable via USB.


At this level, you will have to take another factor into consideration - whether the DAC is asynchronous or adaptive.


Essentially this affects the amount of jitter reaching the DAC which affects sound quality.

From Ayre’s website: “Standard computer audio with files up to 96 kHz typically operate under what is called ‘Class One Audio’ which is a subset of USB 1.1. The transmission rate for Class One Audio is 12 MHz. To go beyond 96 kHz requires the use of a protocol called ‘Class Two Audio’, which operates in conjunction with USB 2.0. Class Two Audio uses a transmission rate of 480 MHz, or forty times faster than standard USB computer audio.”

24/192 capable USB DACs come with their own drivers downloadable from the manufacturer’s website or from a CD or thumbdrive.

These drivers enable the music files to bypass the sound cards of the laptops. Sound cards typically can handle only up to 24/96.

From the middle of 2010, the third generation 24/192 USB DACs began to enter the market and these sound much better than the older DACs.

They are also comparatively cheaper too and outperform higher-end and more expensive models from the previous generation. For example, a new 24/192 USB DAC which costs around RM6,500 sounds better than a previous-generation DAC that costs more than RM20,000 - at least that’s what the experts told me


So if you are entering the world of CAS now, you might as well go for the latest in the market.


Again for some reason unknown to me, USB cables matter. Some sound bright, some sound dark. So you will have to shop around, but in the meantime you can use the stock USB cable till you find something that you like.