It's all about the CD transport

There is a healthy market for used CD players - audiophiles who frequently visit www.hifi4sale.net will attest to that.

However, buyers of second-hand CD players have to be aware of the major source of potential problems - the transport.

There are several factors to consider - some transports are no longer made, some are not reliable and some are difficult to find, even from foreign sellers.

Being a moving part, the transport is always the first component to fail - the laser does not read anymore or the tray cannot open or the laser skips.

If you google around, you will find that there is a huge market for old transports. Many of them are on sale on e-bay; some are New Old Stock while others are reconditioned or cannibalised parts from old machines. There are also rumours that there are so-called "OEM" transports being made in China.

The problem with buying from an overseas seller is that there is no compensation when the transport does not work - and more often than not the transport will not work.

Recently, I was attracted to an old Esoteric CD transport and the seller was honest enough to say that the laser seemed a bit weak.

So I googled and found that the transport was a Sony KSS-151A which was widely used in several top-end marques at that time. Sadly, it is out of production. 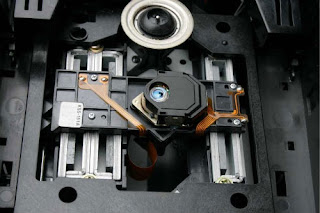 The Sony KSS-151A transport
I contacted a hi-fi repairer in Kuala Lumpur and he said he had no stock of that transport. He added that he recently bought 10 Philips transports from a Singapore supplier and about half did not work.
The second repairer I contacted said he could e-mail his supplier in Australia and hours later he telephoned me and said he could get the Sony KSS-151A at US$80 each with a mininum order of five units.
"What if the transports don't work?" I asked.
"There is no guarantee," he said.
"What do I do with the other four transports?"
"You can share them with your friends," he said.
"How reliable is this Australian supplier?"
"I have been dealing with him for a long time and he has always been reliable," he said.
I thought about that for a while and later decided not to go ahead with the deal.
About a week later, I met a dealer in Summit shopping mall, Subang Jaya, and he told me that the US$80 Sony transport could have been a "recon" unit because he had just bought a new unused unit for RM800.
Soon after that, I was offered a PS Audio Lambda 2 and a Micromega Duo CD 2.1 transport. Both high-end models use the Philips CDM-9 Pro transport, said to be one of the best that Philips made, which unfortunately is also out of production. Though it is said to be one of the more reliable Philips transports, spares are difficult to find.

Some experts are now advising that if you buy a used CD player which uses a transport that is no longer manufactured, you should buy a spare transport (or laser) just in case. This is a must if you buy a second-hand high-end player using top-quality transports such as the CDM-9 Pro otherwise the expensive machine will end up as another decorative item in your house should it stop reading CDs. 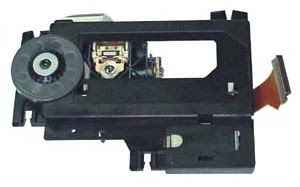 The infamous Philips CDM12.1 transport.
Any discussion on CD transports would be incomplete without mention of the infamous Philips CDM 12.1 which was used in the popular Marantz CD 63SE, 63 Mk II and the 63II KI.
The CDM12.1 is famed for breaking down every two to three years. I should know because I used to own the 63II KI and I changed the transport three times during the 9-10 years that I owned it.
So shopping for a used CD player is just like buying any other thing - the principle is caveat emptor (let the buyer beware).
Those who are shopping around for used CD players are advised to have a look at this list of players, transports and DACs first: www.grandhollow.com/files/TEST/CD-Player-DAC-Transport.xls
Then they should check if spares are readily available.
Email Post
Labels: cd transport cdm-9 pro Philips sony sony kss-151a