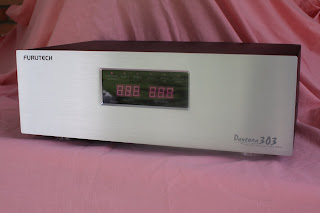 How much electric current does it take to power up a CD player, a preamp and a 300-watt power amp?
The answer, to be honest, surprised me. It took merely 0.7 amp.


The Furutech Daytona 303 Multi-Mode AC Filter/Power Distributor that I had for a week recently had an amperage meter that measured the amount of current used.


I had always been under the impression that huge power amps would suck current from the mains like some kind of solid-state leech.


On standby mode with nothing turned on, the Daytona itself consumed 0.6 amp. 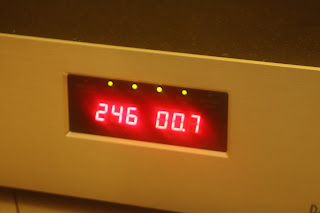 I played some music and the reading was 0.9 amp. Turning the volume louder, of course, resulted in more power consumption - 1 amp. And it was already very loud even with the 85dB sensitivity ATC speakers.


It was only on one percussion test track on the Wilson Audio Ultimate Reference CD when the bass drum was hit real hard that the digital amperage meter hit a max of 1.3 amps - only for a split second. Most of the time, the meter read 0.9 to 1 amp.


As for the voltage meter, it read from a high of 254 to a low of 238 volts. If the voltage is too high or too low, the Daytona switches off to protect your components.


Frankly, I found the Daytona 303 to have too many features and I used only a small percentage of what is available.


According to Furutech's website, the Daytona 303 is "purpose-made to comprehensively protect your audio and video system with 5,250 joules of surge protection plus three types of filtering that dramatically reduces induced, radiated and ground-borne noise".


It adds that "micro-circuits monitor line voltage and disconnects instantly if dangerous over- or under-voltages occurs, then reconnects once the power returns to safe levels". 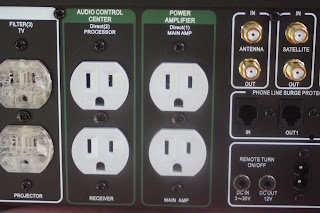 
Like its other power distributors, its chassis is made of high-quality aluminium and steel which shields against RFI.


It has eight indicators for abnormal operation such as fluctuating voltage and incorrect polarity.
There is even an LED lamp with a gooseneck at the rear for easy viewing.


The Daytona comes with the Furutech FP-314 Ag II power cord, so you save a bit of money by not having to buy a power cord to connect it to the mains.


I am using a Furutech e-TP60/20 power distributor which is already giving me a rather quiet power supply.


I recall the sudden decrease in noise floor when I plugged my system to the e-TP60/20 and the extra smoothness in sound quality and increased micro details.


The first time that I used the Daytona, there was no connection as the voltage was too high at 254 volts and I had to wait a while for the voltage to settle down and stabilise before the components could be switched on.


The greatest difference was noted when the CD player was plugged into the digital socket which is filtered. It really cleaned up the sound and more details could be heard.


With the power amp plugged to an unfiltered socket, there was no loss in dynamics. Some power filters tend to constrict dynamics; it was not so with the Daytona.


After a week of using it, I felt that it worked rather well - it also improved the picture quality of Astro programmes on my television - but it was pricey at RM10,600 (after discount). And it had lots of under-utilised or unutilised features. 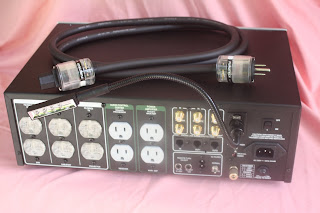 The gooseneck LED light is useful in the dark, but I feel it is there just to give it marketing rather than practical value.


What I really wish for is a basic (and more affordable) Daytona model which cleans the power supply for a simple system comprising CD player/transport, DAC, preamp, power amp/mono blocks and perhaps a laptop for computer music.


I - and I think most other audiophiles would agree with me - don't really need to protect coax inputs and phone lines from surges and, frankly, the gooseneck LED lamp is totally unnecessary.